Just the other day, I was roused from my big-city insouciance during a routine elevator assent when the car stopped en route and its doors opened. In trooped a trio on the return leg of a shopping trip: Grandpa carrying the groceries, Grandma steering an empty stroller, with the obvious apple of their eyes—a flaxen-haired moppet—leading the way. Without ceremony, the toddler stepped across to the panel, and stretched upwards on tippy-toes to press the “18” button. “Only three years old, and she knows how to press buttons,” said Grandma—which set me thinking.

The Prevalence of Push Buttons

Without question, we live in a push-button world. Countless modern conveniences, even heavy machinery such as elevators, are commanded without a second thought by the simple pushing or pressing of a button. And who doesn’t like to be in the position to push buttons, to have control over the stimulus that delivers a solution to their problem? Yet, it is fair to say that far fewer people enjoy having their buttons pushed by someone else.

This is particularly so given the rise of “on-demand” 24/7 culture. Increasingly, the expectation of a nearly instantaneous reply, at all hours, accompanies each push-button missive. Consider the state of your own electronic communications—texts, tweets, Instagrams, even retrograde emails—in this regard. Though patience may once have been a virtue, “Give it to me—yesterday!” seems to be the watchword for many people now.

It might be worth considering the potential influence of a push-button imperative on contemporary actuarial practice. Have you ever felt a reluctance to cause even the slightest delay in the delivery of work product due to the demand for a prompt turnaround? Might the pressure of coming up with a quick answer provide an incentive for an actuary to employ a special prism through which complex problems appear amenable to simple solutions? After all, a perennial theme of many professionalism case studies is the scenario wherein an actuary has been asked to do too much with too little—including time.

In days past, actuarial curiosity—a willingness to turn over rocks and to try new approaches—was thought to be a good thing. Yet push-button tasks are by definition those that can be repeated. And a habitual reliance on rote solutions or techniques may bring an actuary into direct competition with expert systems—that generally have both a speed and cost advantage—as well as leaving him or her “out of practice” when innovation is the order of the day. Some assignments, despite intense button pushing, merit some unhurried deliberation. And it is a wise actuary who knows when to stop and think whether there might be a better way.

A push-button approach to work also has the potential to cause an ethical distancing of sorts. An actuary at the receiving end of a push-button stimulus—who rightly or wrongly feels unable to “push back”—may lapse into a pliant “just following orders” attitude. On the other hand, an actuarial button presser who initiates a course of action may presume a diminished professional responsibility because he or she relied on others to do the work. This situation is akin to the experience of push-button warriors who conduct military operations at a distance at the touch of a button, with over-the-horizon consequences.

That Something Not Left Behind 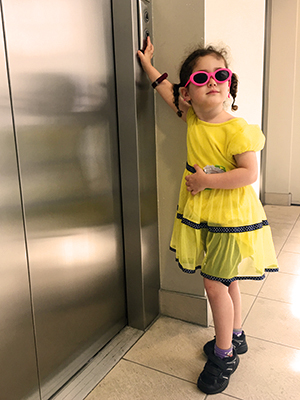 Modern touchscreens require the application of gentle pressure on a pane instead of pushing a button. And this has led to the practice of swiping to turn virtual pages, or to register a "like" in response to a social media posting. But what this new technology has left behind is the sensory experience of pressing a physical button. I am referring to the strangely satisfying physical resistance, and accompanying “ca-chunk” sound, when making a musical selection on your local diner’s vintage jukebox. Or the rapid fire and somehow reassuring “click-click-click” of a Blackberry’s keyboard.

The term skeuomorphism describes the follow-on legacy of a technological or design element once it no longer has any practical use—an instance of form outlasting its function. These anachronistic features are deliberately retained to make something new seem more familiar and provide psychological comfort in a changing world. Skeuomorphisms include the user interface of an audio app that is replete with touchscreen dials and buttons—not real dials and buttons—which hearken back to an earlier time. Another example is the superfluous shutter click that a smartphone’s camera makes—or rather, that its nostalgic user may choose to invoke.

The Canadian actuarial profession has obviously set aside some of its historical tools, such as paper spreadsheets, slide rules, and commutation functions, as we have progressed over the last half century. But I wonder if there are any skeuomorphic qualities that we are loath to discard as we venture into new and emerging areas of practice? Familiar—maybe even stereotypical—traits that delivered tangible value to our principals and publics in the past but may not be so well-suited to the road ahead?

In this digital age, ours is very likely a shrinking push-button world, one with fewer of the usual buttons to be pressed in the traditional manner. By the time the toddler from the elevator reaches her grandparent’s age, she may launch a complex process (I hesitate to use the term “mechanism”) with the merest twinkle of her eye—and no need of a push button. So, I also wonder what type of actuarial services she will require during her lifetime, and how our profession will evolve to serve her needs?

Frank Grossman, FCIA, is a member of the General Business and Professionalism Subcommittee of the Continuing Education Committee.

What changes have you seen in your actuarial practice? How do you think actuarial services will evolve? Join the conversation by contacting Josée Gonthier, manager, communications.