Five things I learned from studying for actuarial exams 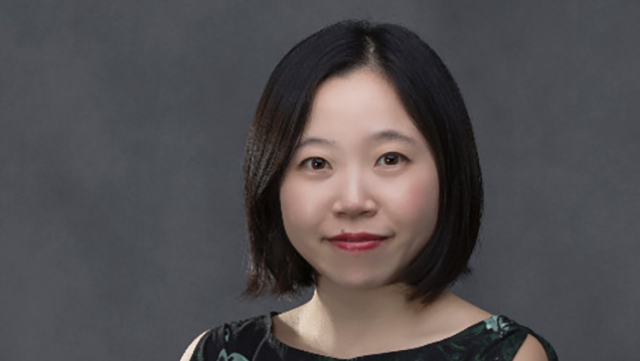 July 2014. On day three of my solo backpacking trip in Europe, I had made it to Il Duomo di Firenze. The famous Gothic-style cathedral in Florence, Italy that took over 140 years to construct called to visitors from all over the world. Despite its grandeur, and being surrounded by swarms of tourists with selfie sticks, I was in a completely different world, furiously refreshing the Exam Result page on the Society of Actuaries’ website every five seconds.

Finally, the results were out! I urgently scanned the list, searching for my well-memorized candidate number. I had passed! I immediately sent a text message to my husband. His reply: “Thank God!” Then, as if he sensed I was going to question the tone of his response, another message quickly followed: “You are not the only one who goes through exams, sweetie!” I burst into laughter; yes, I have put this guy through a lot.

I’d waited 10 years for this moment – from signing up for the first exam in my second year of university to passing this final one. There aren’t that many decades in someone’s life. While I feel profoundly proud of my achievement, I couldn’t help but reflect on what I have learned through this journey.

1) Take your personal feeling out of the equation.
I know several bright minds who have never failed a single actuarial exam, whereas I’ve certainly failed my fair share. I would be lying if I said I have never at any point felt I just wasn’t smart enough to be an actuary. And being someone who has always internalized outcomes, I found that it got worse while I was studying. When I couldn’t grasp a particular topic, I’d think, “I’m stupid.” But someone who externalizes might think, “This material is counterintuitive.” Sometimes I’d get so discouraged that I couldn’t study at all.

Eventually, I learned to separate my personal feelings from the matter at hand. I’d tell myself, “It’s about the material, it’s not about me.” If I didn’t understand the material the way it was presented, I’d have to find another way. And I have to say, not thinking to myself all the time that I was stupid helped me make huge progress.

2) Learn how to learn.
After ten years of actuarial study, what I really learned was not necessarily how to assess whether a Universal Life policy would pass the exemption test, or the best practices around setting expense assumptions for a block of Variable Annuities. Rather, I have expanded my analytical mind and gained an ability to assess any problem and to come up with sensible solutions. And these skills can be applied far beyond the actuarial field.

I also learned about myself, and what works best for me. I learned that I am a visual learner, and that nothing reinforces learnings better than having to articulate them in my own written words. I learned that I have a relatively short attention span, and that I need to take breaks or change topics every three hours in order to continue being productive. I learned that I am most productive in the morning, so I started getting up at 5:00 a.m. every day and I’d put in three hours of studying before going to the office (and that’s a habit I have kept to this day).

3) Progress, not perfection.
Patience is not one of my inborn virtues, and impatience does not pair well perfectionism. I spent many nights frustrated and discouraged, not being satisfied with how far I’d progressed in my studying. But over time, I learned to set daily goals and granular milestones. When I focused on the material at hand and celebrated small victories, trusting my study plan and process, I felt reassured and knew I was making good progress.

4) One thing – and only one thing – at a time.
My mind instinctively leaps from topic to topic, which can make it difficult to focus on just one thing – the exact opposite of someone capable of a singular focus, someone who can stay glued to one subject for hours. Although my multi-tasking thinking pattern can be quite beneficial at times, it was difficult for me to focus on one piece of study material without opening up 10 others in the process. Over time, I was forced to learn to "tag" a thought and schedule it for later.

5) Pick your battle. Then tackle it with a smile.
A senior consultant I once worked with told me, “Studying is a full-time job in itself; coupled with a demanding job, there are times you have to choose one over the other.” I have found that I am not as disciplined about my study time as others may be. When work got busy, it always took precedence over studying. And then, knowing I was jeopardizing my study progress by choosing to work late, I would get quite grumpy and probably scared a few people.

Then one day I came to the realization that I needed to be at peace with my choice. If I chose to prioritize a work deliverable ahead of studying, then I needed to accept it and stop second-guessing my decision. Being in a negative frame of mind wasn’t doing anyone any good.

Since that summer day in 2014, I have attained Fellowship in both the Society of Actuaries and the Canadian Institute of Actuaries. Looking back, it was a bittersweet mission. It wasn’t a smooth sail, but the journey of attempting, failing, getting up and trying again (and eventually passing!) has taught me so much about myself and about life. In hindsight, the journey is what mattered most.

Studying doesn’t end with attaining Fellowship, though. Things are moving so fast in today’s world that the only constant is change. It takes a lot of learning to stay on top. When I get discouraged, I still think back to that line from The Best Exotic Marigold Hotel: “Everything will be all right in the end; if it’s not all right, then it’s not yet the end.”

Jing Lang, FCIA, is Vice-President, Product Manager, at iptiQ. She is also a volunteer with the CIA’s Seeing Beyond Risk Advisory Group. Ms. Lang also volunteers for the Society of Actuaries as podcast producer, and Treasurer for the SOA’s Marketing and Distribution Section.